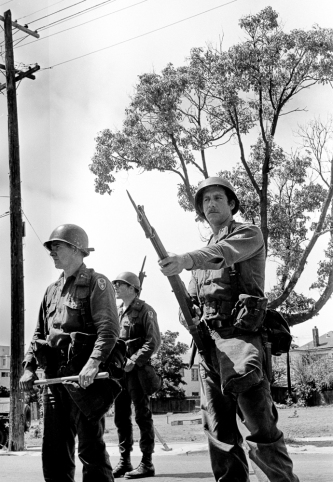 Welcome to the Culture Wars

In 1956, the University of California at Berkeley reserved a 2.8-acre parcel of land East of Telegraph Avenue between Haste Street and Dwight Way, a parcel with big old houses that no longer served the growing campus. In 1967 they bought the land by eminent domain and demolished the houses but left it a mess. Two years later, in 1969, there was community conversation about the lot and on April 18th, Stew Albert wrote a piece in the Berkeley Barb suggesting that the people make it a park. Over the next few weeks, more than 1000 people worked to turn the muddy patch of land into an urban oasis with donated sod, trees, flowers and building materials. Ten days later, the University announced plans to build a sports field, but recognizing that this conflicted with the now existing park, the Chancellor had a May 6th meeting with representatives of Peoples Park and set a three week period to work out a compromise during which time he promised no construction would start without warning. It seemed so reasonable. 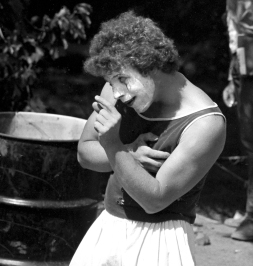 For me it was not a big deal. I went a few times, took a few pictures, but it was an enterprise that attracted mimes, and besides, I was writing my novel.

On May 15, nine days into the 21 day negotiating window, Governor Ronald Reagan overrode the chancellor and at 4:30 AM 300 Highway patrol cleared an eight block area around Peoples Park while workmen destroyed much of the landscaping and erected an 8 foot high chain link fence around the property. You could make a legal case for such action, but like the Governor it was mean spirited at its core. At noon, 3000 people had gathered in Sproul Plaza for a rally to discuss the Palestinian-Israeli conflict, a topic we still discuss fifty years later. Student body president Dan Siegel borrowed the microphone and shouted—Let’s take the Park. The police immediately cut the power to the PA system but people heard the message and a large number of those present turned South and moved down Telegraph shouting—We want the Park. I was among those present. 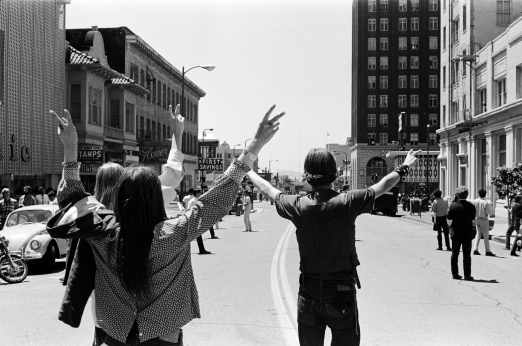 Writing the novel was not paying anything, and a few weeks earlier a friend told me the Nutritional Science Department needed subjects for their next round of experiments in the Penthouse. It paid $25 per test meal and would not involve suction tubes deep in the alimentary canal, so I dropped by the lab to apply. The three graduate students were in deep conversation about the love life of another who was not present, but after awhile I was able to get their attention, and was informed that they only needed methane breathers. Since I was there they let me blow up a foil bag, then went back to ignoring me while a machine analyzed the contents of the bag. Most people in their early twenties don’t have any methane in their breath, and a certified methane breather might have 2-4 parts per million. When my sample hit 3 they brought me a cup of coffee, and as the counter continued climbing I was shown to a comfortable chair and a pile of their favorite comic books. I think I topped out over 30 ppm, and was invited back to do a baseline test meal with three other breathers the morning of May 15th. We had to inflate the foil bags at intervals for the next eight hours, which involved blowing through a three-foot-long glass tube filled with calcium carbonate (to remove moisture). After a few hours, the lab got pretty boring, so we took our empty bags and desiccation tubes out for a walk, ended up at the rally, and joined the march to the park. The 159 Berkeley and UC police assigned to protect the park where not up to the task. But everything was good-natured, a carnival. After a couple of hours we migrated back to the lab.

Later in the day, the crowd had swelled to 6000 people and Edwin Meese, the governor’s chief of staff, called on 600 police from the Alameda Sheriffs Department who covered their badges and weighed into the assemblage with nightsticks and shields, and after panicking them into a retreat down Telegraph Avenue, opened fire with shotguns killing one student, blinding another and wounding at least 200 more. There is no exact number because many were afraid of being arrested if they went to an emergency room. It was later determined that some of the police replaced the birdshot they had been issued with 00 buckshot, a projectile used in deer hunting. The word terrorism is bandied around casually these days, but this was the real thing, off scale brutality to subdue people with whom you have philosophical differences. A year later, the man who would be the President of the United States with Ed Meese his attorney general, boasted of his response to Peoples Park—If it takes a bloodbath, let’s get it over with. That’s one way to deal with flower children.

Flower children and the Summer of Love were just one little irritant in the Conservative craw. The Civil Rights Movement, the opposition to the war in Vietnam (and the massive bombing of part of Laos and Cambodia), stirrings of feminism, spirituality not confined to worshipping together in the church (or synagogue) of your choice, and the coming of age of the Baby Boomers (characterized by the Reagan White House as “the pig in the python”) were significant insults to the silent (but voting) majority. This was one of those moments that illustrate the depth of American Culture Wars that still roil the country. It was small compared to the reprisals against the Black population for the Civil Rights Movement visited on Watts, Newark, and Detroit. It was not as significant as the police riot in Chicago at the 1968 Democratic Convention the year before, or the coldly calculated murder of students at Kent State the next year. It was, however, part of a calculated intimidation.

Once they’d shot up this little University town, Meese and the sheriff had a pretty angry populace of highly educated, politically active, and sophisticated folk. So they brought in 2700 National Guard who secured Peoples Park (and every other vacant lot in Berkeley), broke up any gathering of more than four people, imposed a curfew, skirmished with eddies of protest, and on May 20th found it necessary to blanket several square miles of Berkeley and the campus with tear gas from a helicopter. The History Department was quick to note that this was the first aerial attack on a mainland America target. 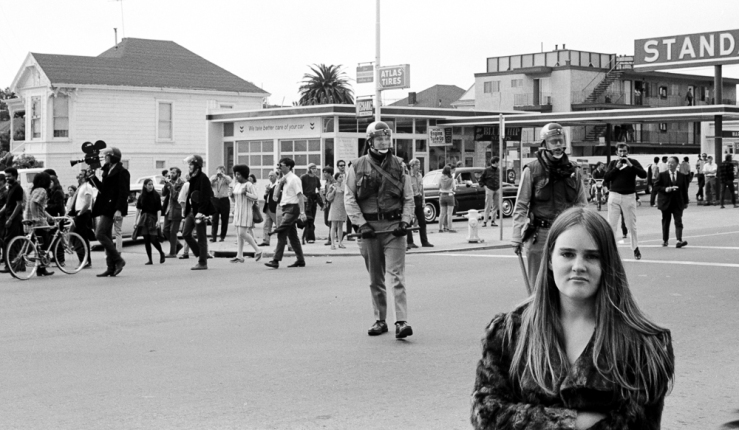 I had only begun to photograph seriously and felt no compunction to be out on the street, but during the two-week occupation I took pictures. Suddenly living under a military presence was shocking, the threat of imminent physical harm palpable, the intent of the invaders unclear, and their actions apparently capricious. The initiating incident had been trivial, and the populace was cowed. On May 30th, after securing a permit from the city, 30,000 Berkeley citizens marched against the occupation. The troops took the bayonets off their rifles and left. 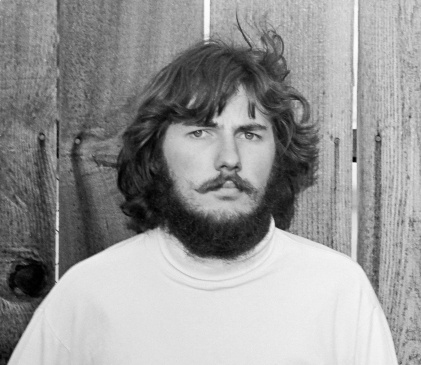 I was so much older then…

My life and work have taken me to many places and if there is an underlying theme, it is bearing witness to the beauty, irony, and personalities I encounter. Principally I am an actuality filmmaker who has worked largely in folklore and anthropology. The subjects range from a portrait of a Himalayan Buddhist village in Nepal, a journey through the roots of blues music in Mississippi, the observance of Muharram in Trinidad, and recently conversations with people in the Civil Rights Movement across the United States and Rastafarian elders in Jamaica. View all posts by john melville bishop

This is a text widget, which allows you to add text or HTML to your sidebar. You can use them to display text, links, images, HTML, or a combination of these. Edit them in the Widget section of the Customizer.
Loading Comments...
%d bloggers like this: